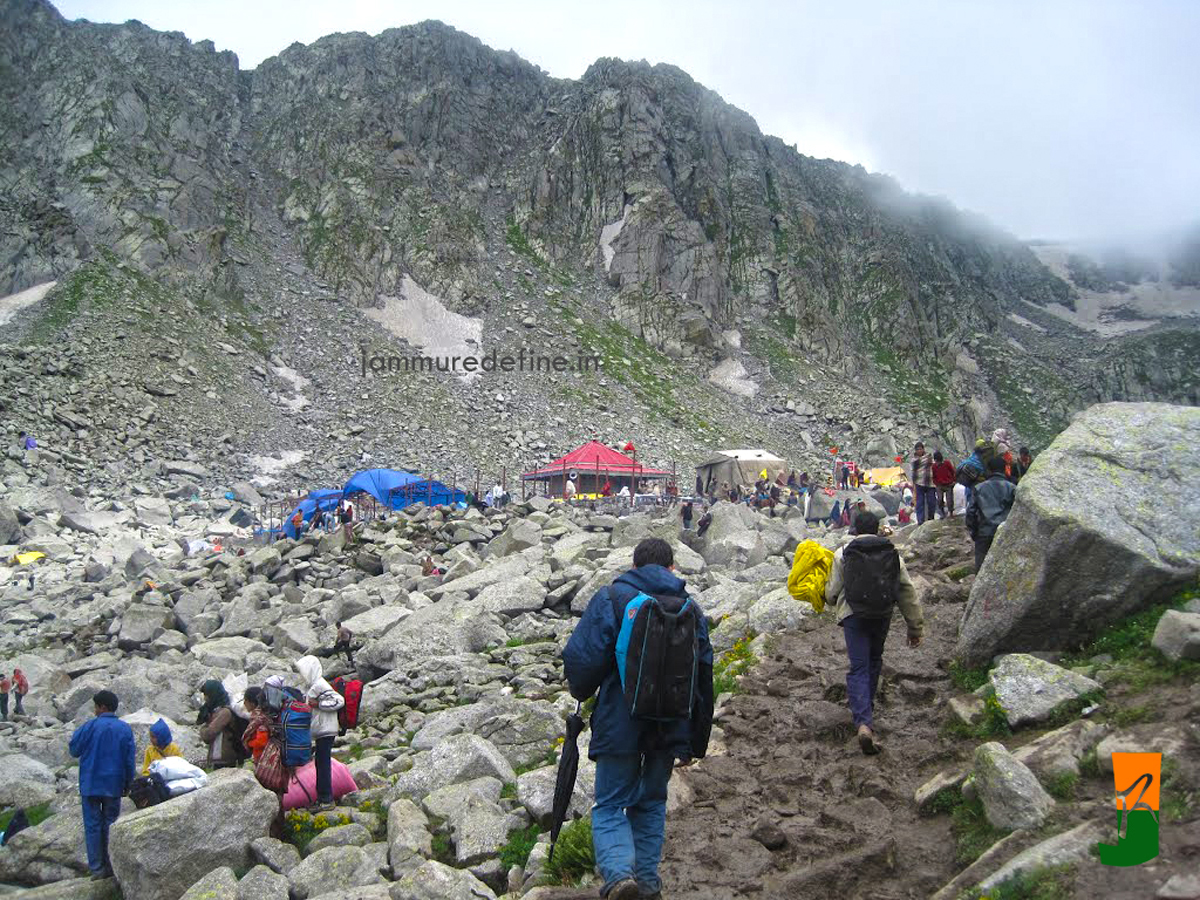 Kailash Yatra is a famous place of pilgrimage and the Kund is a big lake of cold, crystal clear water having a circumference of 1.5 miles.

Kailash kund also known as Vasuki kund, is abode of Nagraj Vasuki and is situated at a height of 15000 ft. above sea level.

Every year thousands of pilgrims from districts of Chamba(H.P.), Kathua, Udhampur, Doda, Jammu and other states participate in Kailash Yatra which commences on the 14th day after Shravan Purnima. The yatra starts from Gatha, Bhaderwah.

The track from Seoj passes through the spot called as Shank Padar & Ramtund which is known for its religious legends called ‘SHAGARAN’ (Two stones which exactly resembles the face of Hanuman). 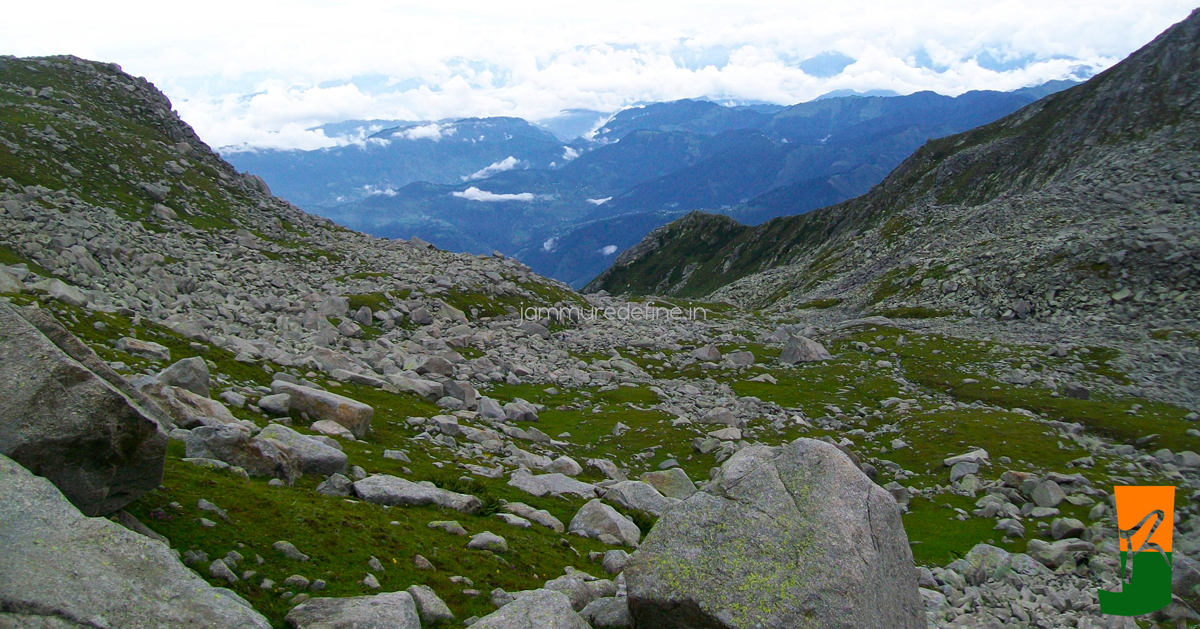 Huge stone contains etch mark and an etched line which are believed to be the spot where the fleeing Vaski Naag’ wept while taking rest on the said stone. Total distance is 12 miles.

Enroute join a number of Yatras, besides yatras from Chamba and Duggan Vasuki temple which join main yatra at Kailash.