A grand complex of dilapidated medieval buildings, the Mubarak Mandi complex is a palace situated in the oldest part of the city of Jammu. The palace comprises of multiple elegant and exquisite buildings of architectural excellence. 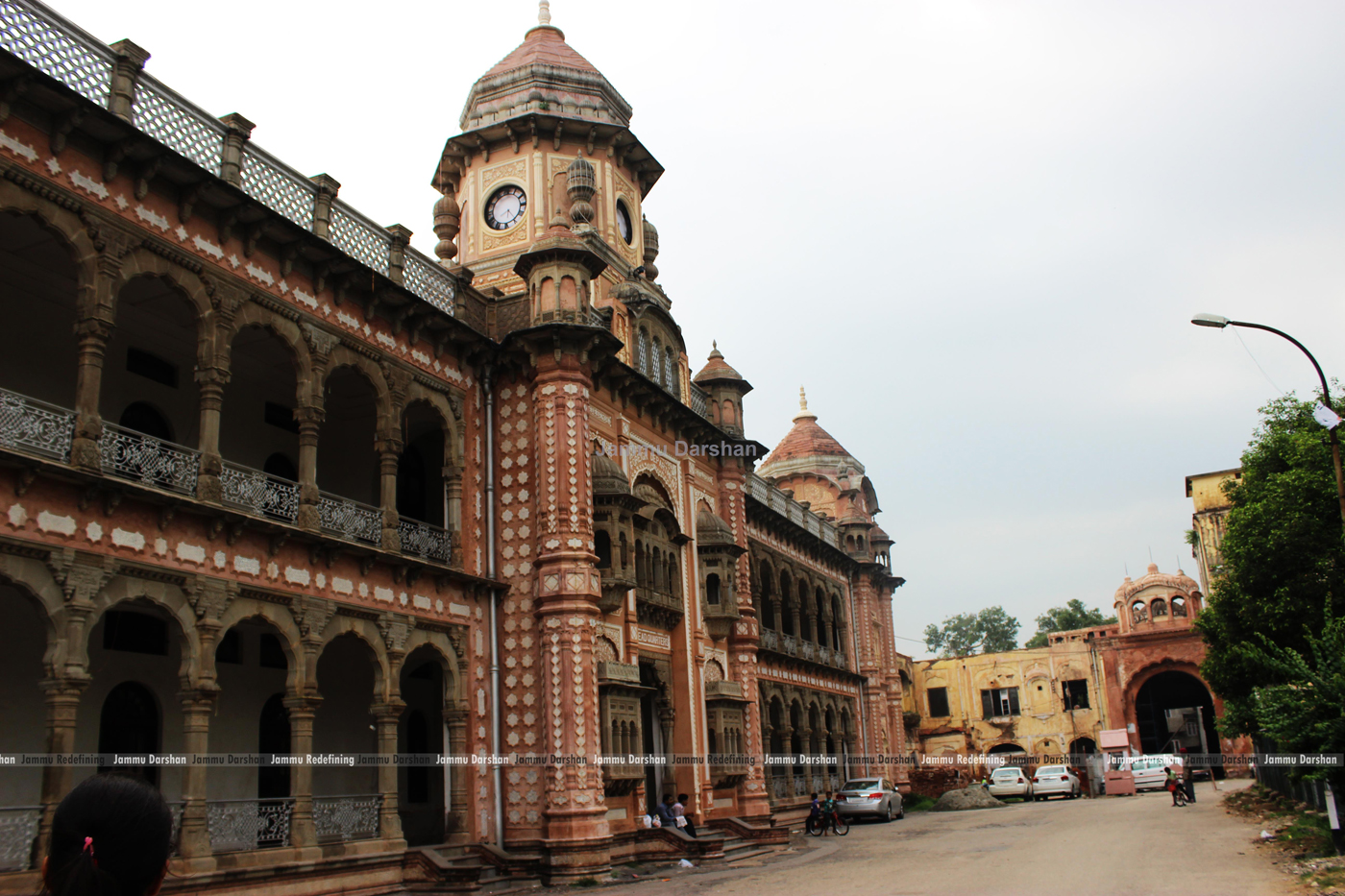 The architecture of the palace is borrowed from European Baroque, Mughal and Rajasthani styles, bringing forth a unique blend of different cultures. The oldest structure is believed to be built in the early 1800s. The palace was the royal residence of rulers of the Dogra Dynasty. Located strategically, the palace stands tall having a commanding view of the river Tawi. 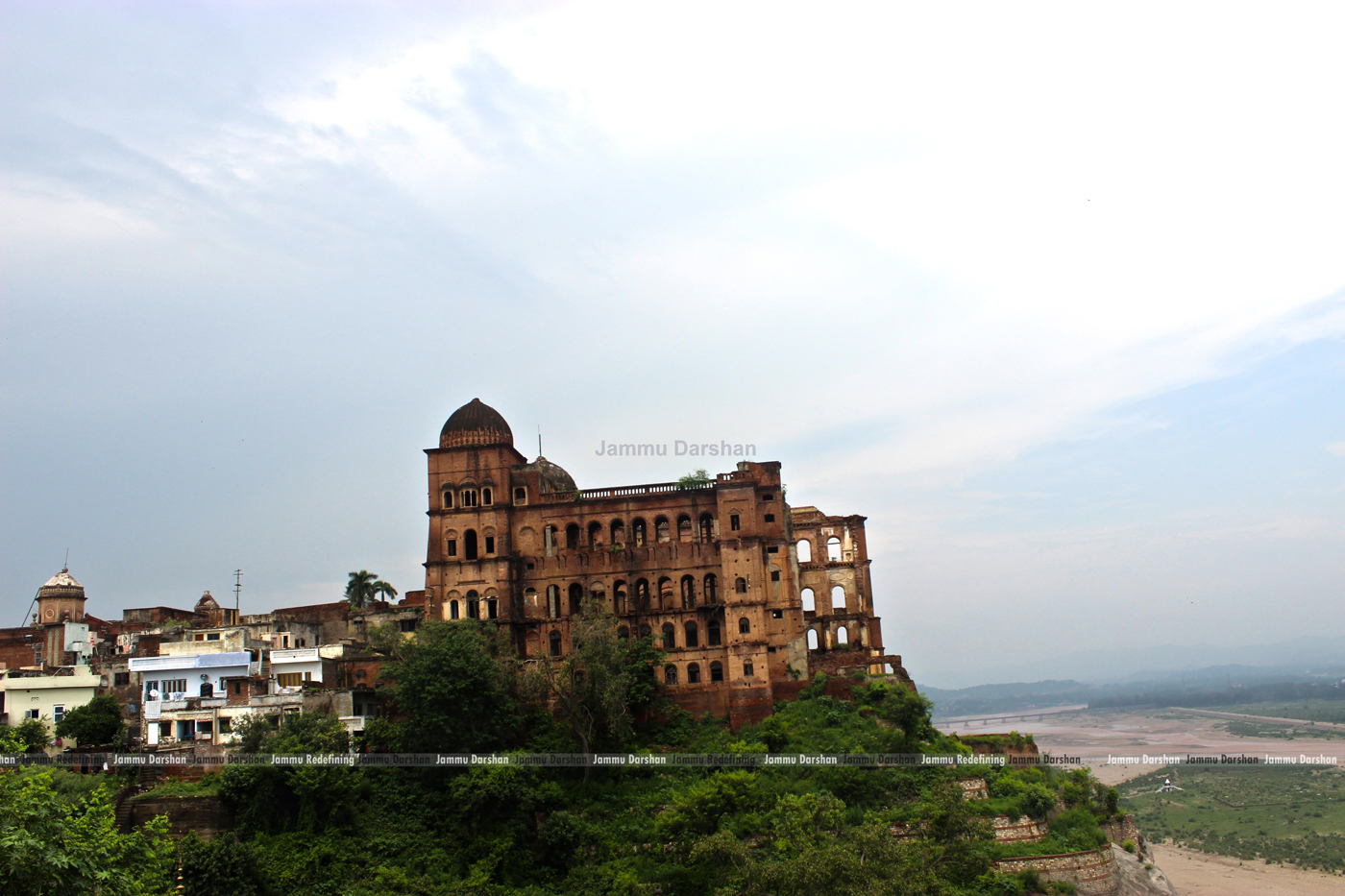 The complex is composed of a group of structures around a courtyard. 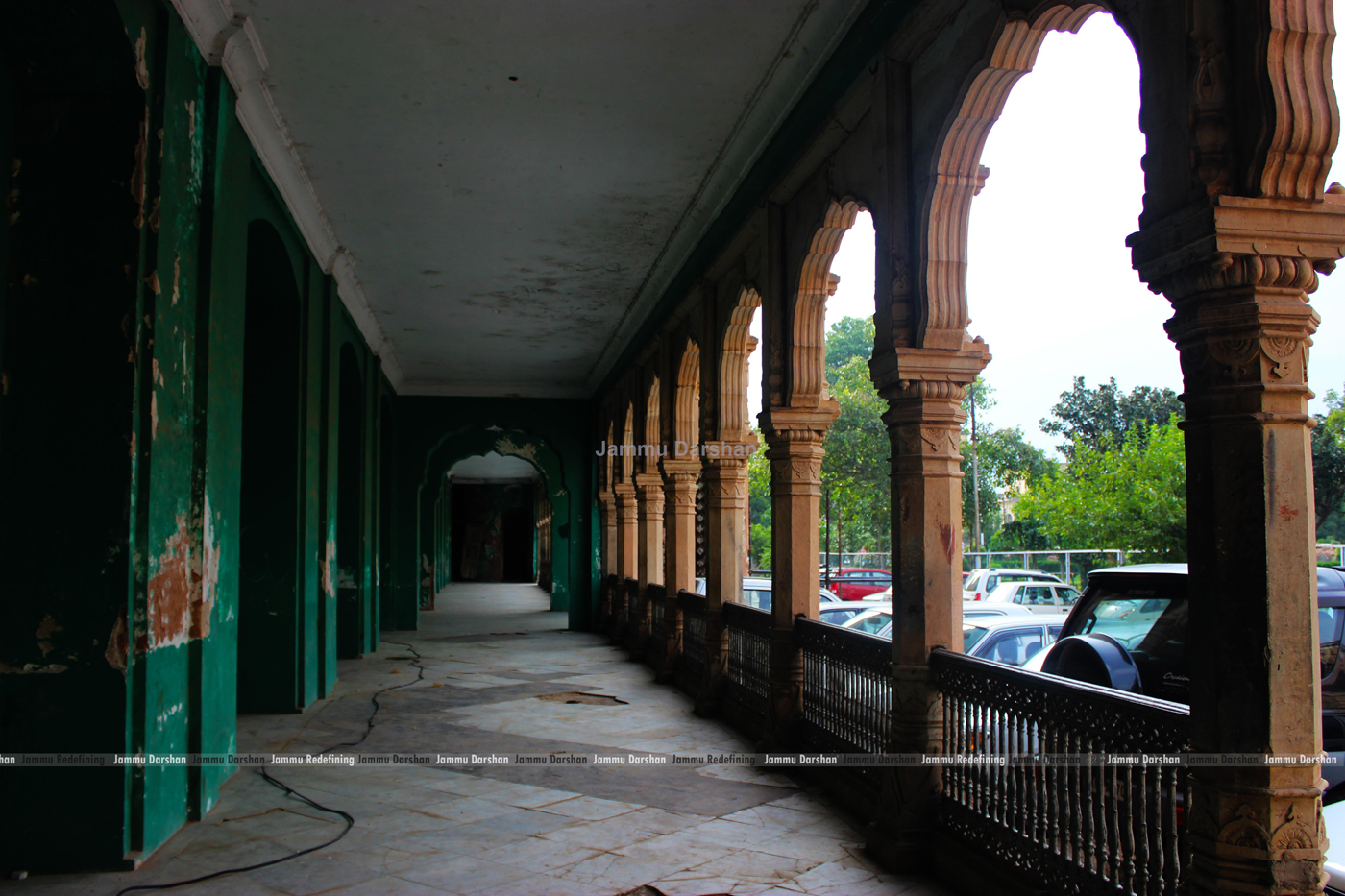 The buildings grew in number with successive Dogra rulers. The palace is believed to be the main seat of the Dogras until 1925. The galleries might have been used for royal functions and events. 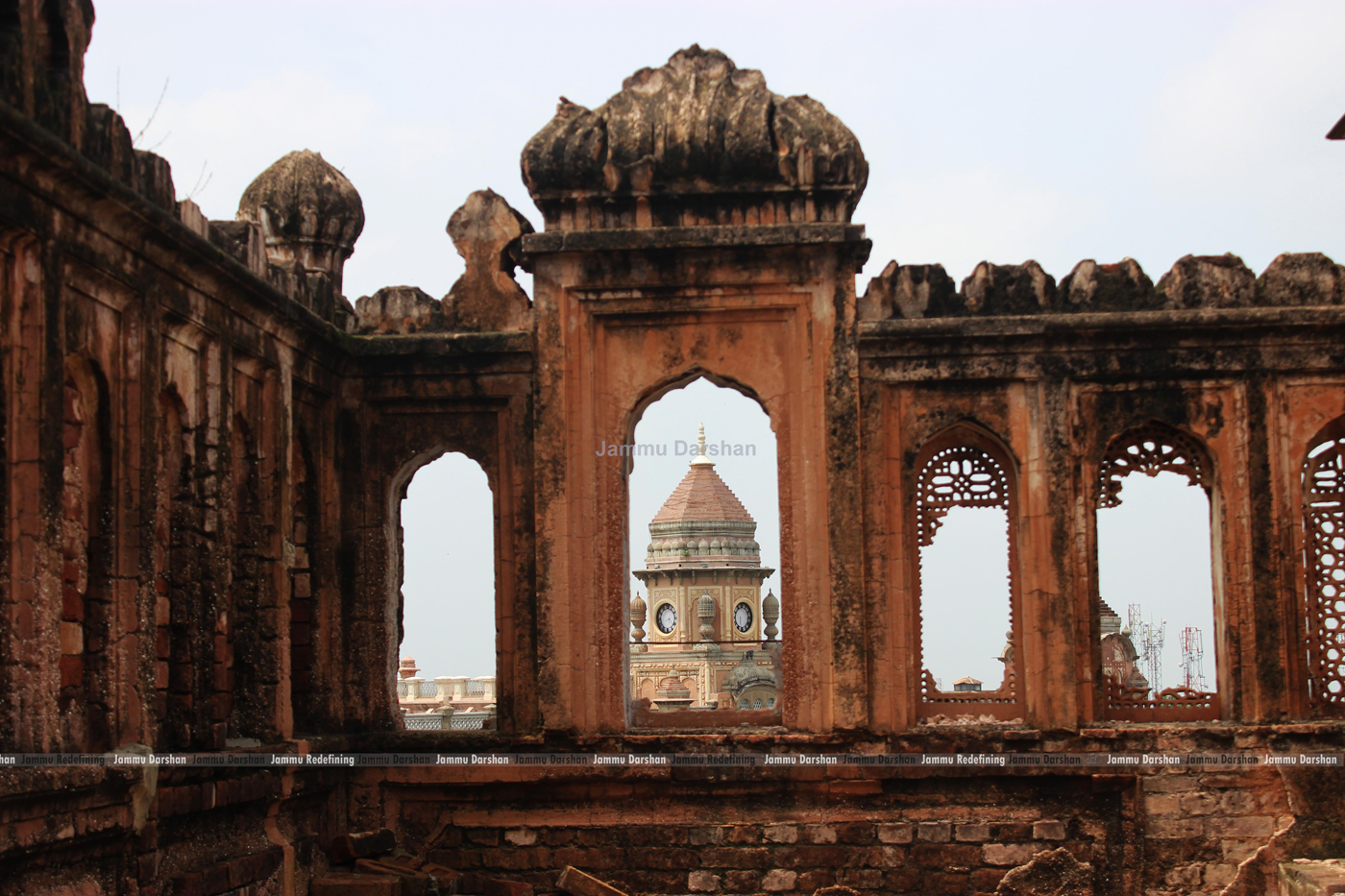 With the passage of time, the complex became a full-fledged Royal Secretariat. In recent times the complex was being used as a place for government offices including the High Court, Public Service Commission, among other departments. Now the offices have been relocated and the authorities have started renovation work (but in papers only). 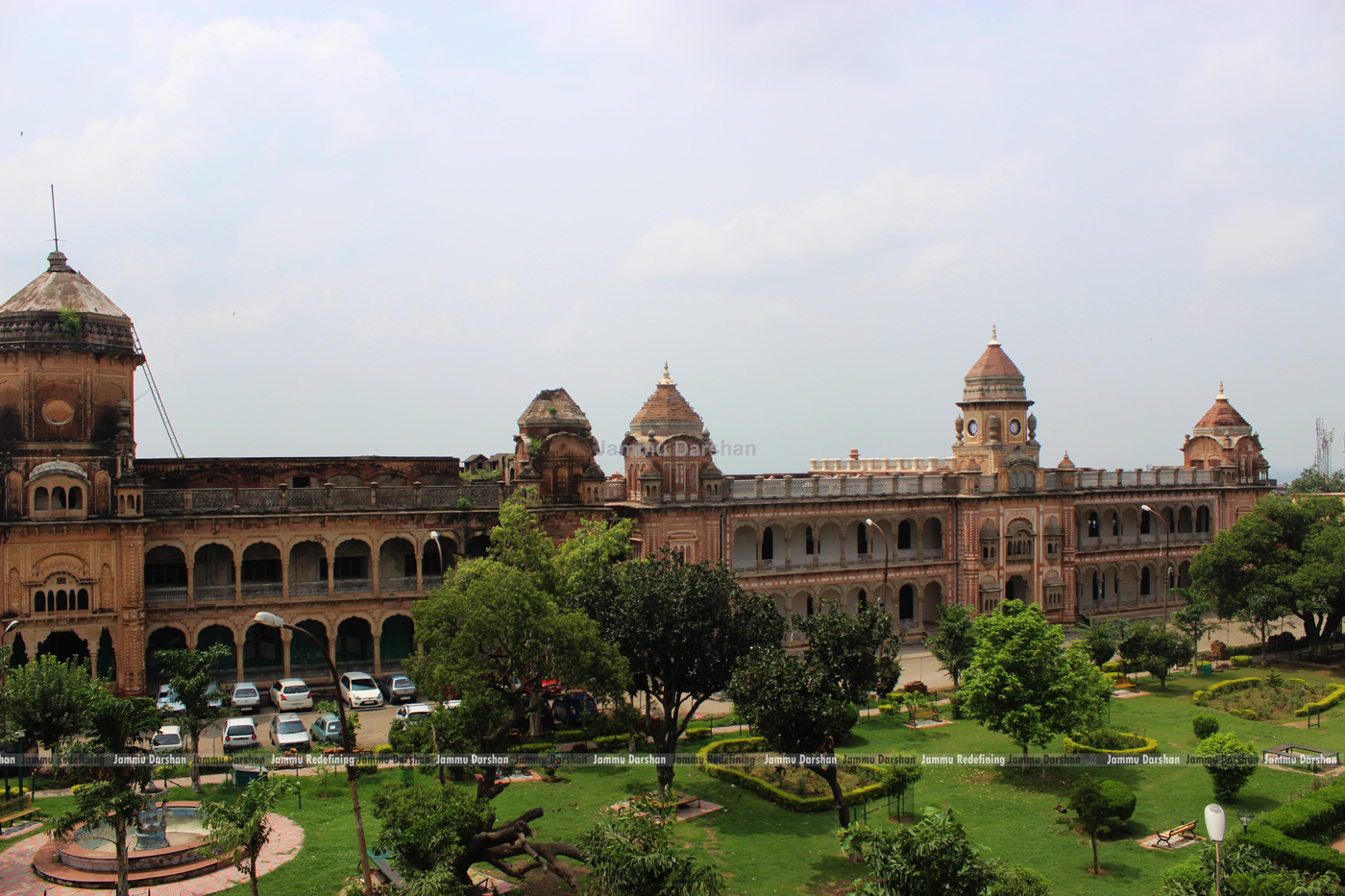