Ramnagar is a historical town in Udhampur district. The town is named after the Dogra king Ram Singh.The fort and palace have been taken over by ASI for maintenance and preservation.

Inside the Palace there is one Sheesh mahal or a kind of hall where we can see the beautiful paintings.

Ramnagar town was once the capital of the Bandralta State whose last king, Bhupendra Dev, was ousted in 1821 by Sikh forces and retired into obscurity near Ambala in today’s Haryana state. 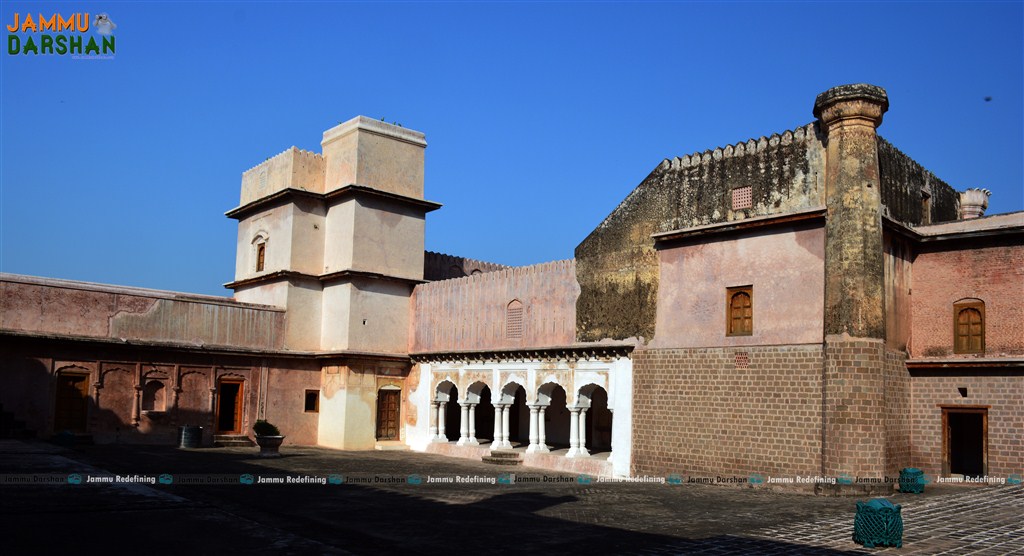 The Purana Mahal was built by Raja Suchet Singh (AD 1801-1844). The palace is a fairly big complex of rooms rising to three storeys having high walls and watch towers at regular intervals. 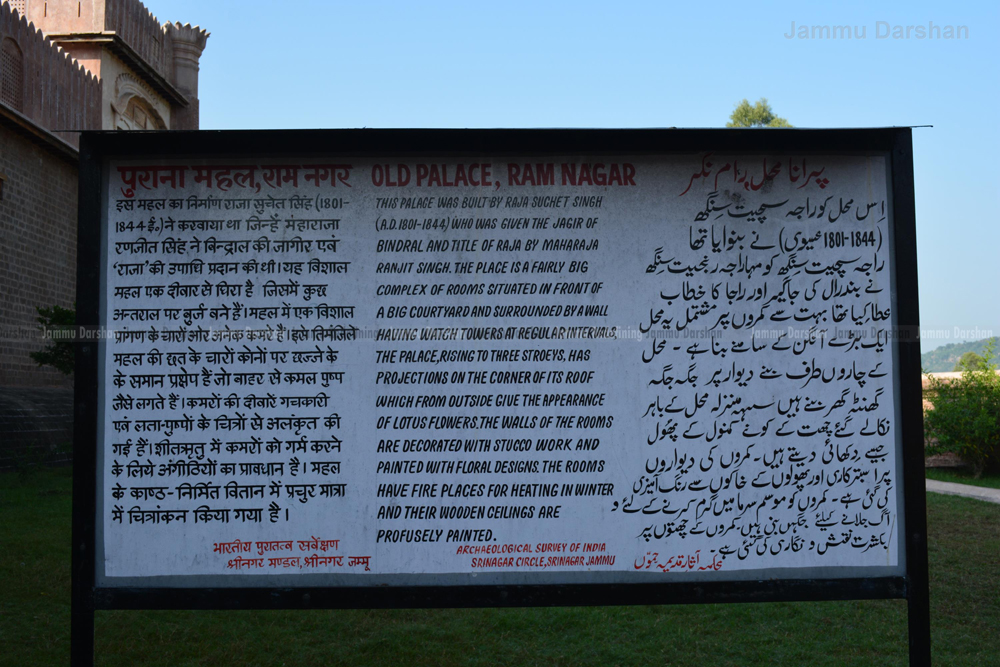 The walls of the rooms are decorated with stucco work and painted with floral designs. The wooden ceilings are also decorated.

Nawa Mahal complex was built by Raja Ram Singh, son of Raja Ranbir Singh. It comprises an inner courtyard surrounded by rooms with two entrances facing each other.

The Sheesh Mahal complex was built by Raja Ram Singh. It comprises two forecourts having Burjis at corners. Behind these are halls and rooms flanked on either side of the central passage. 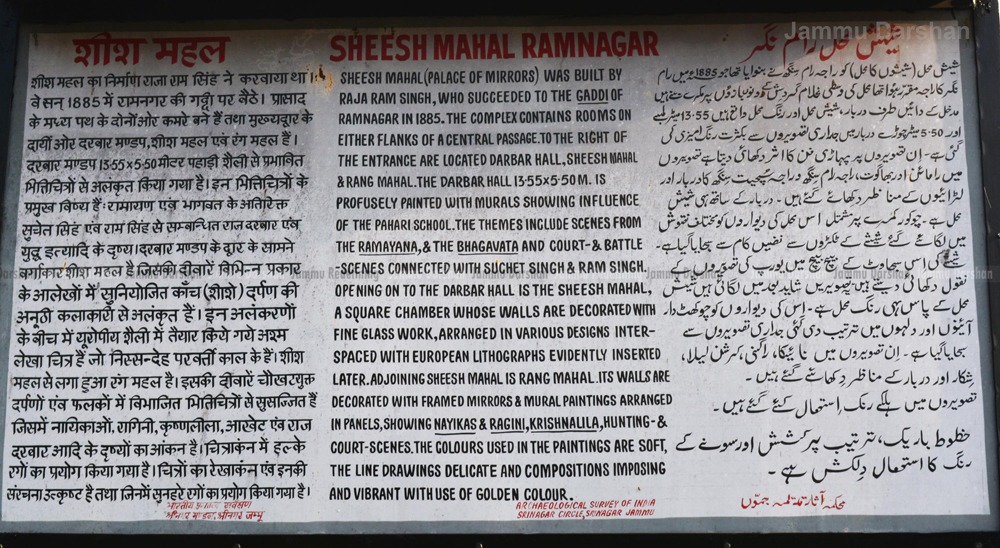 To the left of the entrance are Darbar Hall, Sheesh Mahal and Rang Mahal. To the right is an arcaded verandah with rooms in the rear.

The Darbar hall has scenes of mural paintings depicting themes from the Ramayana, Bhagwata and other Puranas, besides battle scenes connected with Raja Suchet Singh.

Adjoining the Darbar hall is Sheesh Mahal with its walls decorated with fine glass work arranged in various designs and later lithographs. The walls of Rang Mahal adjoining Sheesh Mahal are decorated with mirrors and mural paintings arranged in panels depicting scenes of Nayikas, Raginis and Krishna-lila, besides hunting and court scenes.

Ramnagar Fort is believed to be built by Raja Suchet Singh, who died in 1844 and his wife performed sati near the fort. There is also a Samadhi of Maharani in this fort, at the site where the sati was performed.

Tourists can reach Ramnagar fort by using a narrow bridge over the moat. The fort was renovated and undertaken by the Archaeological Survey of India in 1972.

4 Thoughts on Historic Town of Ramnagar